We have noticed a shift in how homeowners view their siding purchase. They not only want a durable, low maintenance, warranted siding, they want a unique exterior.  They want their home to be different than their neighbors and are willing to use several different siding profiles to do so.  Mixing lap with shingles, board & batten, stone or varying colors.  They are even willing to use several different manufacturer’s to create the look they are after.  These are all reasons that homeowners need to hire a siding specialist, instead of a general contractor.  Most general contractors in Northern California are familiar with James Hardie fiber cement siding, but I would guess they have never heard of the other manufacturer’s outlined below.

The below article was featured in Products Magazine by Sharon O’Malley and she highlights this shift in siding trends.  It is a well thought out and accurate depiction of where the custom home market has been and where the remodeling siding market is heading.  We love this trend and we are ready for it! 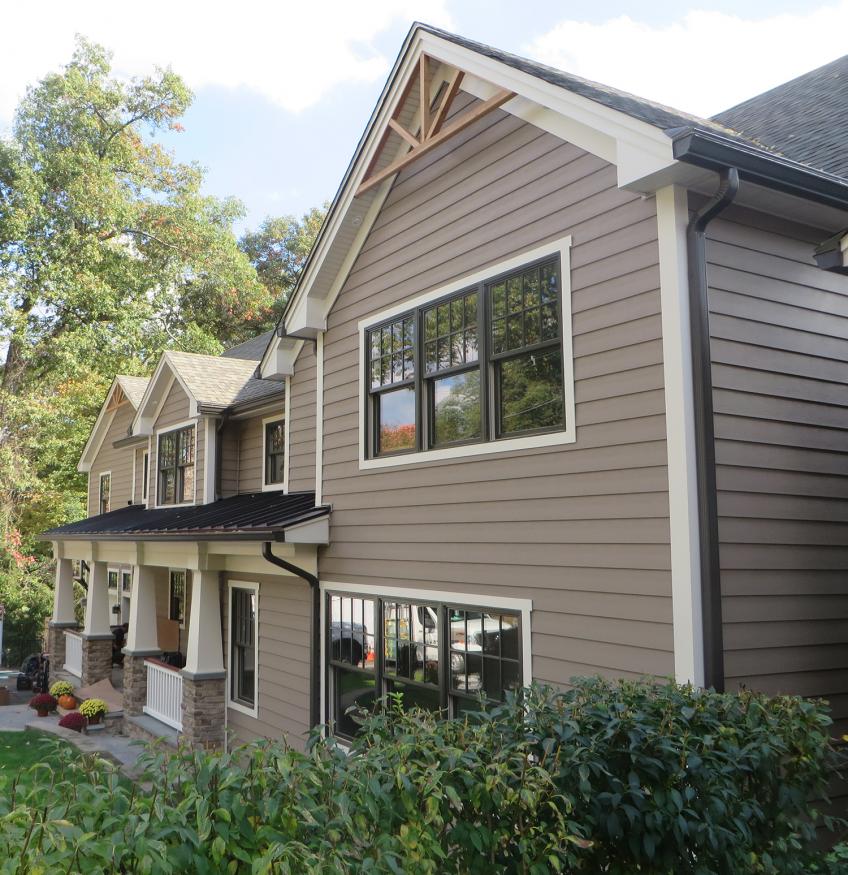 Jerry Blais, senior vice president of sales and marketing for siding manufacturer Ply Gem, says he hasn’t seen a new home in five years that features just one kind of siding. “Every house has a mixture of textures,” he says, “a lot more diversity within a single house. You didn’t have that in the past. It’s the biggest trend.”

Even some entry-level homes are sporting contrasting vinyl profiles, while move-up abodes blend vinyl or fiber cement siding with stone or brick, Blais says. “My theory is that the technology has changed enough to make those other materials more accessible to the average American.”

In fact, most of the trends in home cladding this year are related to aesthetics, manufacturers say. Vinyl is the top-selling exterior cladding in America—and it has been for 23 years, according to the U.S. Census Bureau. Its popularity reached a peak in 2002, when it claimed 40 percent of market share, and its closest competitor was brick, with 20 percent. 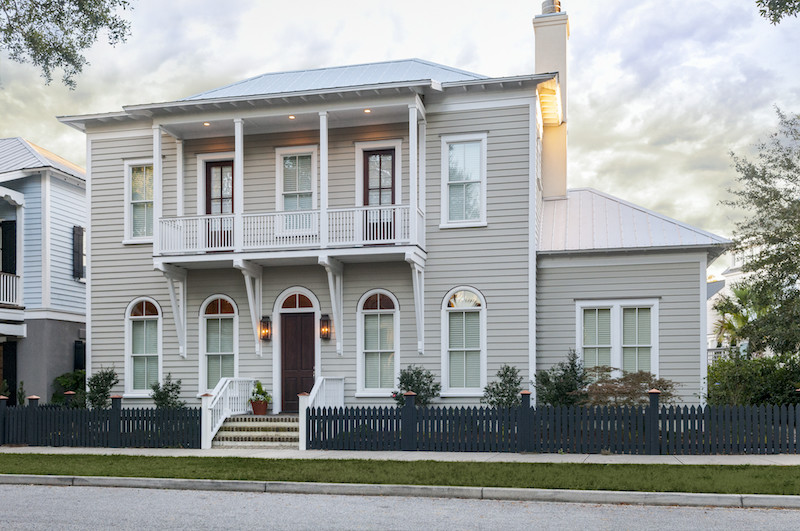 But brick’s share has held steady since then, while vinyl’s has fallen to 27 percent as the popularity of fiber cement and stucco cladding has increased. By the end of 2016, according to the Census Bureau, brick claimed 22 percent of the residential cladding market, stucco 24 percent, and fiber cement 20 percent.

Sami Rahman, vice president of product management for fiber cement maker James Hardie, says manufacturers of all kinds of siding have answered homeowner demand for low maintenance products that are durable and attractive. “Low maintenance,” he says, “doesn’t necessarily mean you have to live with a compromise. We’re seeing more of a focus going forward on consumers not making a compromise in what you get in a durable product and what you can get in a design aesthetic.”

Consumers know that, he says, because so much information is available to them; they’re doing more research before making decisions on exterior cladding. The result is that “as a category achieves more penetration, it becomes about ‘how can I differentiate myself on the basis of design?’” 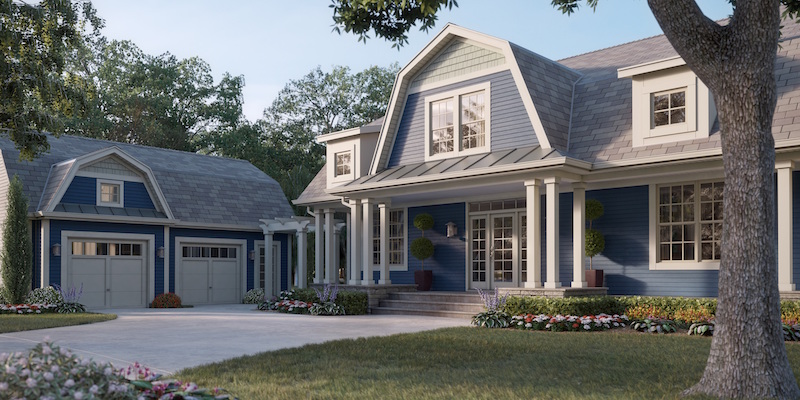 Solar Defense Reflective Technology protects colors on the brand’s vinyl siding from sun damage, which the manufacturer says allows it to offer the darkest colors in its product history. The company guarantees that the siding will not fade more than 1 Hunter unit for the first five years or 2 Hunter units from six years onward. One Hunter Unit is the minimum amount of change visible to the naked eye. plygem.com

One way consumers are differentiating is with mixing and matching. The growing interest in blending textures, colors, styles, and materials on a home’s façade has led some manufacturers to expand their product offerings beyond vinyl.

The average new home, says Matthew Gibson, director of marketing for CertainTeed’s siding products group, sports four to five different textures, including stone, brick, horizontal and vertical siding, and decorative trim. “It creates this different interplay of colors, and mixing colors and blending all that together so it’s cohesive and not just a jumble of different things,” he says.

The affordability and ease of installation of stone veneers compared with real stone, Blais says, has, in part, fueled the mix-and-match trend.

“Those things that might have been reserved for a much higher-end home … are more accessible to the average person,” he says. “Now everybody wants a fantastic house—one that looks beautiful and has a lot of details that you wouldn’t usually see in an affordable home.”

Gibson says exterior styles are beginning to mimic interior design. The pairing of vertical and horizontal siding, and shakes with shingles, for example, ties back to the cottage-y farmhouse-style interiors, he says.

“Definitely from an interior standpoint, farmhouse chic is attractive,” Gibson explains. “That drives the look of natural products with a multitude of different surfaces, textures, and styles.”

When it comes to siding, composites are making inroads. Several manufacturers of traditional vinyl siding have introduced what some call “next-generation” or “composite” products, made from polymers, resins, and inorganic rock, glass fibers, or other non-wood ingredients. The result, they say, is a more durable board that barely shrinks or swells but looks more like wood than embossed vinyl. 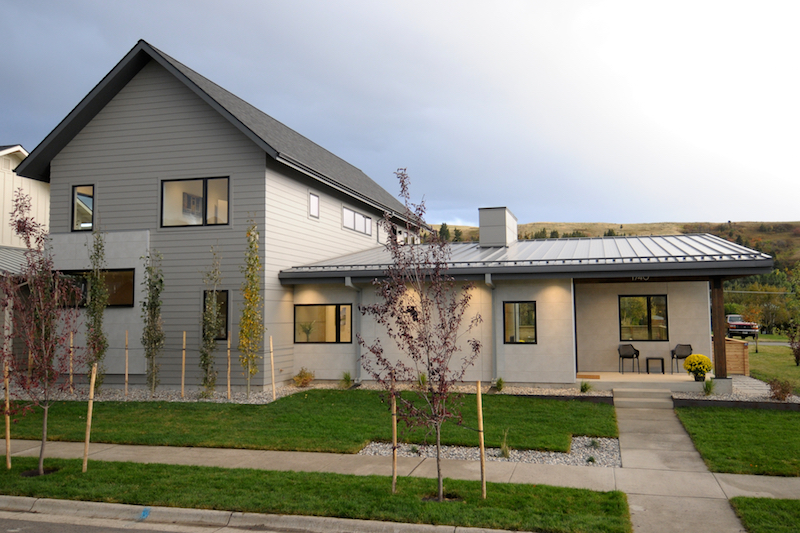 Available in various types of traditional shiplap and modern panels, the manufacturer’s siding products are made from fiber cement that does not warp, rot, or deteriorate in the elements. Some boards measure ½ inch thick, creating shadow lines that add curb appeal. nichiha.com

CertainTeed’s new Icon composite, for example, is a thermoset, polyurethane composite, engineered to be moisture resistant to prevent expansion and contraction. Extended-length panels of up to 16 feet are designed to resemble wide cedar planks.

Boral TruExterior 8- and 10-inch Bevel siding is made from poly-ash (polymers and fly ash), which the manufacturer says offers more dimensional stability.

“There’s still a high demand for wood profiles,” says Boral’s Aaron Sims, “but there was never a good option, so you had to sacrifice something. If you wanted a product that installed quickly and was low maintenance, you had to sacrifice the aesthetic. … Now, we’re seeing more products trying to meet an aesthetic need while also trying to meet the value proposition of low maintenance and long life.” 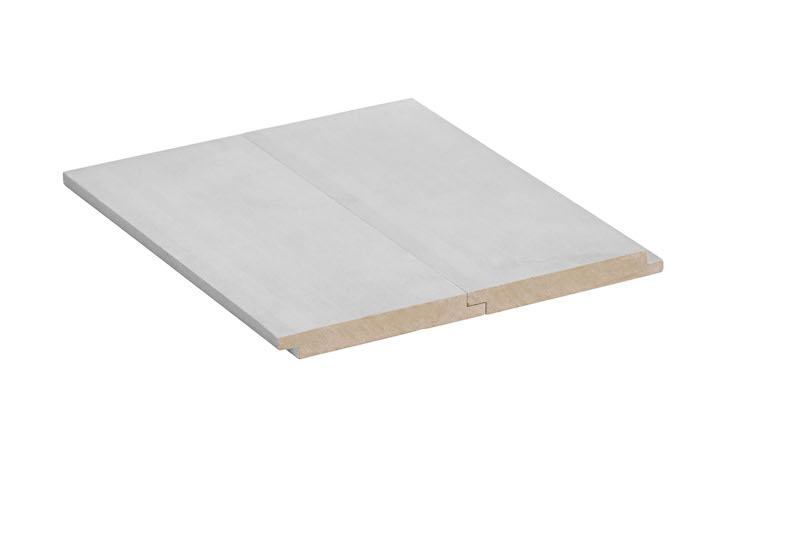 TruExterior Siding, shown here in a shiplap profile, offers the look and workability of wood. Made from a blend of polymers and fly ash, it absorbs virtually no moisture, the manufacturer says,
and has high dimensional stability. boraltruexterior.com

Dark color is one aesthetic that manufacturers are embracing. The Vinyl Siding Institute has catalogued more than 400 colors from manufacturers participating in its product certification program, and many of them are deep shades of brown, black, gray, blue, red, and green. “In the early days of vinyl siding,” says Kate Offringa, the Institute’s president and CEO, manufacturers “would have had a problem with that, they cracked that nut along the way and have really solved color retention.”

Sims says he’s seeing a shift from silver tones and blueish grays to grays with hints of beige. “We’re seeing more muted colors in the market across the board—a move toward the natural,” he says. Likewise, more homeowners are shifting toward warmer neutrals and flat rather than glossy sheens, he says. 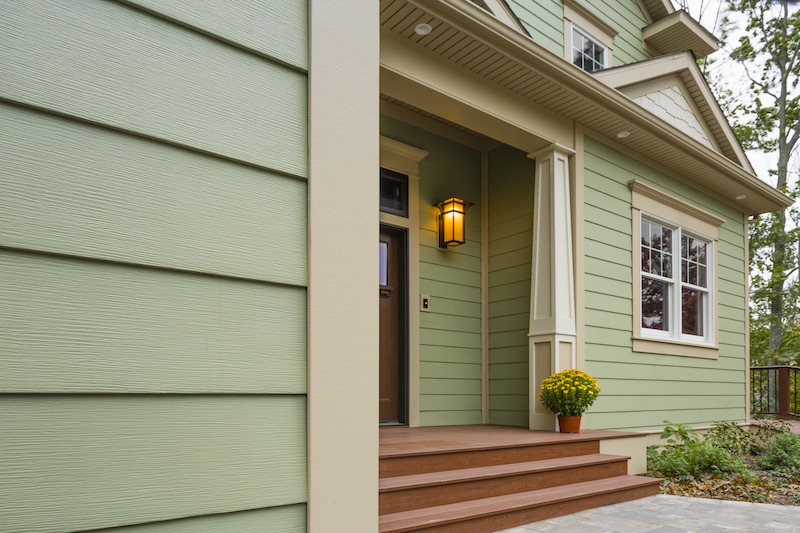 Icon mimics the look of wide cedar planks but is made from a polyurethane composite. The boards resist moisture to prevent expansion and contraction, the manufacturer says. In addition, it’s lightweight, allowing an installer to carry up to five planks. certainteed.com

Ply Gem launched a steel siding product line late last year after designers noticed a shift in homeowner tastes toward contemporary styles. In the past, says Blais, homeowners have opted for traditional, Craftsman-style exteriors, but lately have drifted toward more modern architecture that lends itself to materials such as steel.

The new Ply Gem collection features crisp, 10-inch board-and-batten profiles that are color-infused. “As we move to the future,” says Blais, we’ll continue to see that trend expand over time.” 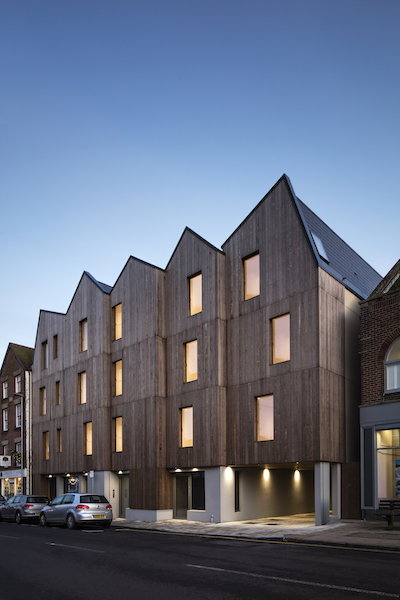 The manufacturer’s Southern yellow pine has been heat-treated to enhance its properties. As a result, the wood’s cell structure is permanently modified to be durable, warp resistant, and low maintenance, the maker says. kebony.com